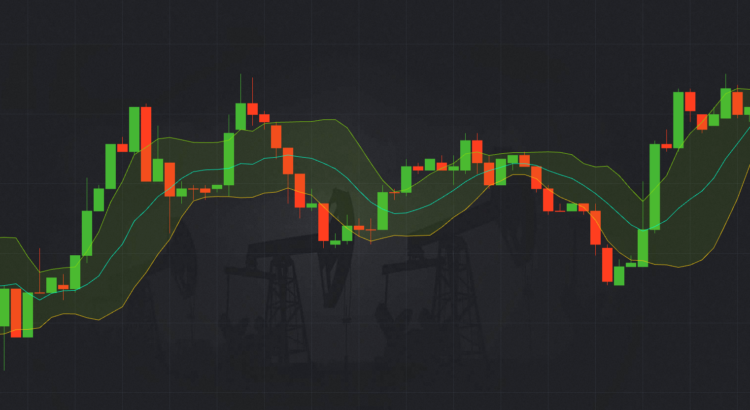 The Bollinger Bands can rightly be called a “veteran of financial markets.” It was developed in 1987 and named after its inventor John Bollinger. His tool uses the basic statistical concept of standard deviation and it is easy to understand. Traders say that the earliest examples of trading bands can be found in 1960. Since then we got so many tools and indicators that sometimes they are too much. Over the years there have been many variations on those ideas, some of which are still in use. Today the most popular approaches to trading bands are Donchian, Keltner, Percentage and, of course, Bollinger Bands.

So what are Bollinger Bands? They are curves drawn in and around the price structure usually consisting of a moving average (the middle band), an upper band, and a lower band that answer the question as to whether prices are high or low on a relative basis. Bollinger Bands work best when the middle band is chosen to reflect the intermediate-term trend, so that trend information is combined with relative price level data.

Nowadays, most traders prefer to use Bollinger bands. Therefore, the Pocket Option includes it in the standard set of indicators. 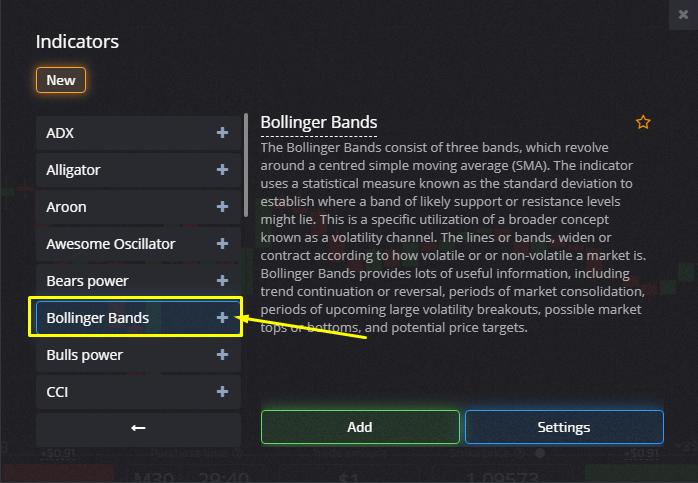 Upper resistance and lower support lines are first drawn and then extrapolated to form channels within which the trader expects prices to be contained. Some traders draw straight lines connecting either tops or bottoms of prices to identify the upper or lower price extremes, respectively, and then add parallel lines to define the channel within which the prices should move. As long as prices do not move out of this channel, the trader can be reasonably confident that prices are moving as expected.

Bollinger bands like most trend indicators are displayed on the price chart. You can see three lines.

The price almost always stays inside the bands. The indicator is divided by the middle line (blue) in the Pocket Option terminal.

As mentioned above, Bollinger Bands consist of three lines showing moving averages with the same period.

John Bollinger recommends the parameter of 20 regardless of the timeframe. The standard deviation index, which allows the lines to be located at the same distance from each other, should be set at 1.

In the Pocket Option trading platform, the parameters correlate to the color and thickness of the lines, as well as the background. By the way, you can choose your colors and view. 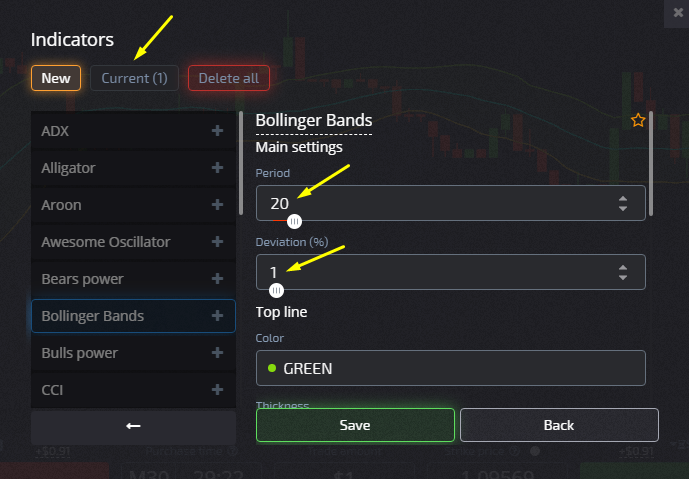 How to trade electronic contracts using Bollinger Bands? First of all, buy options in the direction of the trend. Bollinger Bands will help you to identify the trading signals:

While every strategy has its drawbacks, Bollinger Bands has become one of the most useful and commonly used tools in spotlighting extreme short-term prices in security. Buying when stock prices cross below the lower Bollinger Band® often helps traders take advantage of oversold conditions and profit when the stock price moves back up toward the center moving-average line.

When to buy a contract? Strangely enough, but with Bollinger, you do not need to determine the trend at all. When stock prices continually touch the upper Bollinger Band, the prices are thought to be overbought; conversely, when they continually touch the lower band, prices are thought to be oversold, triggering a buy signal.
When using Bollinger Bands, designate the upper and lower bands as price targets. If the price deflects off the lower band and crosses above the 20-day average (the middle line), the upper band comes to represent the upper price target. In a strong uptrend, prices usually fluctuate between the upper band and the 20-day moving average. When that happens, a crossing below the 20-day moving average warns of a trend reversal to the downside.

The expiration term in the transaction should be equal to the time of formation of two candles.
The timeframe can be set from 5 minutes to an hour.

While every strategy has its drawbacks, Bollinger Bands have become one of the most useful and commonly used tools in spotlighting extreme short-term prices. Buying when stock prices cross below the lower Bollinger Band often helps traders take advantage of oversold conditions and profit when the stock price moves back up toward the center moving-average line.

Tweezers in a Trading Strategy January 18, 2020 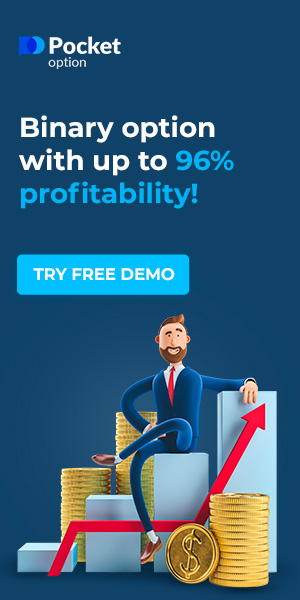